Of Card Games, Culture and Identities

You may have heard of Barnga, an intercultural communication simulation, also known as the Five-Tricks card game. This is one activity we did during the exchange in Vic, Spain, and then again in Catania, Italy. A lot of students reported that it was one of the best activities during the exchange. Here we will describe how you can use it to develop awareness of cultural values, the importance of non-verbal communication and a person’s readiness to negotiate differences. It is an excellent resource to use when preparing students for school exchanges or sojourns abroad.

The game is simple – participants are seated at tables of four to six and told that they will participate in a card tournament to win tricks – the one who wins the most tricks wins the game – simple as that…on the surface.

Once everybody is seated, they are given instructfions about how they should play. At this stage everyone is expected to read the rules carefully and SILENTLY. Then they are given time to practise a few times to make sure everyone plays according to the same rules. At this point the rules are taken away and the tournament begins – however, no speaking or writing is allowed, if misunderstandings occur, gestures are the only resource for the participants to resolve them. The winners at each table move to the next table after each round is complete.

At the beginning the game goes smoothly….until new players arrive at each table. The problem is that the participants are not aware that the rules at each table are different. So, when they have to play with others whose table rules are not exactly like theirs, confusion becomes widespread, especially as the players move from table to table – at one point, there may be six players playing according to six different rules. Because they are not allowed to talk, confusion becomes frustration, anger or disappointment – emotions are far from enjoyment.

When the game is over, the winner gets his fair share of present and this is where the debriefing begins. Actually, this is the most important part of this activity – if done appropriately, the learning points of the game are magnified and the simulation achieves its goal.

During the facilitation phase students are told that they were playing according to different rules. Their reaction is amazing – we have been able to capture a few faces 🙂  Then we start the discussion. 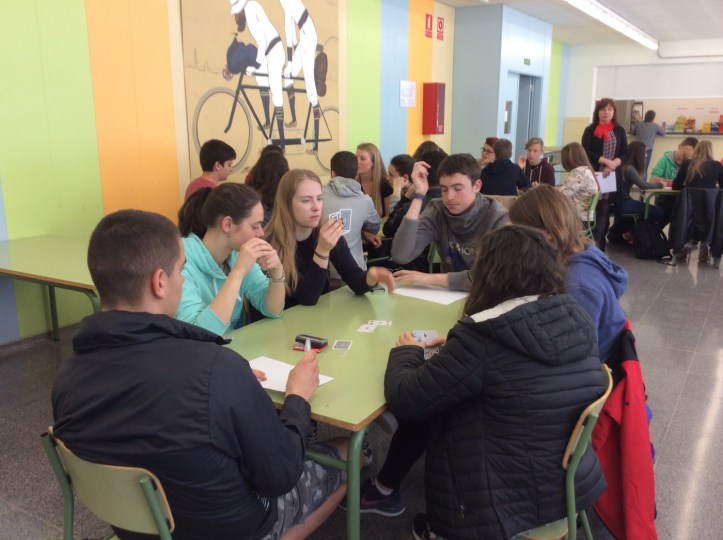 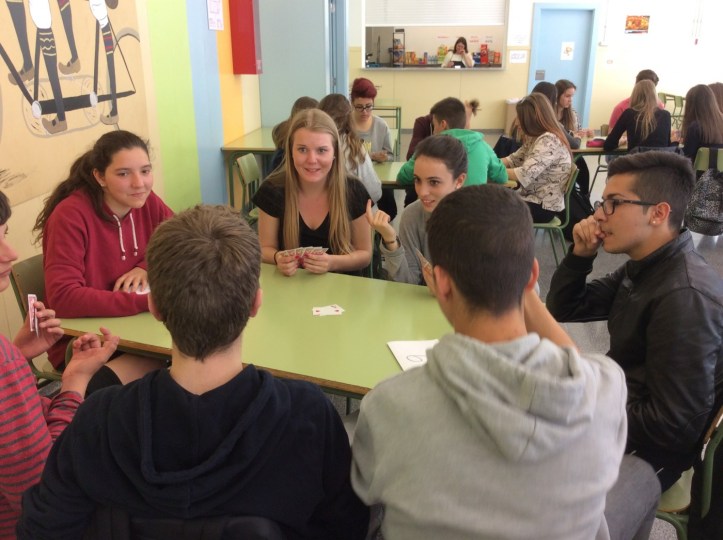 We ask them how they felt during the first round – this table stands for the socialisation into our own culture – we learn the rules of good behavior, we learn to communicate appropriately and this is how how cultural identities are formed.

The new table – it simulates moving to a new culture and the experience is made more confusing because words are not allowed.

Here is a detailed explanation of the debriefing stage, which may be used by anyone willing to try their hand as a facilitator.